California is brimming with casino gambling. A throng of federally recognized tribes operate Las Vegas-style casino slots and table games, while many commercial operators, licensed by the state, offer card rooms only. But it’s become quite clear that the last thing city leaders in San Jose, CA want are casino slots in their community.

The Bay Area’s Muwekma Ohlone Tribe is petitioning for federal recognition. The San Jose City Council was prepared to sign off on a resolution in support of the tribe’s request until one simple question arose at a meeting that was expected to finalize the issue earlier this week. 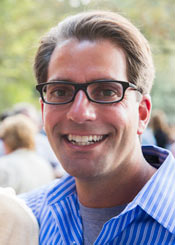 City Councilman Pierluigi Oliverio asked his fellow council members, “Would this be the first step in allowing them to open an Indian casino?”

The conversation turned in a whole new direction at that point, with City Attorney Rick Doyle admitting lack of cognizance towards the tribe’s rights, once federal recognition is obtained. “I don’t know the specifics of this recognition and how this might impact that,” Doyle responded.

San Jose’s Vice Mayor Rose Herrera chimed in with her belief that bringing Las Vegas-style casino slots to the community is not their intent. Herrera, who previously helped to script a detailed memo in support of the Muwekma Ohlone’s rights for recognition, said the tribe’s verbal intent was to obtain “cultural recognition”.

Herrera told the Council that, prior to her co-writing that memo, she specifically asked tribal leaders if their intentions were to build a casino. “They said no,” she contended. “They were pretty emphatic that wasn’t the direction they were going in.”

However, in the eyes of the City Council, the question remains. As a federally recognized tribe, would the Muwekma be able to open a casino slots and table games facility in San Jose? There was obviously enough doubt surrounding the testimony of the Vice Mayor to convince them to defer the signing of a resolution to support the tribe’s cause until more information could be obtained.

As an attorney, Doyle holds the foremost intellect on the subject between all City Council members. He said he would look into the matter, and should be able to provide an answer to the question by October 18. The result was a unanimous vote to defer their decision until that date.

2 Poker Rooms, but No Casino Slots in San Jose

San Jose is currently home to a pair of gambling establishments, Bay 101 and Casino M8trix. Both are commercially owned and state regulated, unlike tribal casinos, which – due to their sovereign nature – are not required to operate under state regulations. Tribal casinos, on the other hand, may open Las Vegas-style casinos, with everything from slot machines and blackjack, to roulette, craps, baccarat and just about any other ‘house banked‘ gambling amusement one can imagine.

According to documents, the Muwekma Ohlone Tribe has lived in the San Francisco Bay Area for the last 13,000 years. There are currently about 550 living members.

The tribe’s federal recognition was stripped away in 1927 following the 1925 publication of Kroeber’s Handbook, erroneously declaring the Muwekma extinct. A request for recognition was submitted in 2002, but the Bureau of Indian Affairs declined to even look at it.

The Muwekma’s fate now lies in the hands of the San Jose City Council, as without their support, federal recognition is all-but guaranteed to be denied. That support now hinges solely on the result of City Attorney Doyle’s research, and the tribe’s response to certain questioning regarding their true intentions.